SR 99 Rehabilitation in Atwater begins with preliminary cleanup. The southbound Hwy 99 exit at Applegate Road will be closed Monday, February 10th and Tuesday February 11th to clear some of the landscaping, trim trees and cleanup the water retention basin. All in preparation for the rehabilitation of 99 through Atwater which is scheduled for later this month.

STOCKTON — Caltrans recently began a rehabilitation project on State Route 99 from south of Buhach Road to south of Westside Boulevard through the City of Atwater in Merced County. The $86 million project is made possible through funding by Senate Bill 1 (SB 1), the Road Repair and Accountability Act of 2017.

Once completed, 16.5 lane miles of roadway will be rehabilitated and freshly repaved.

This stretch of Route 99 connects motorists to the communities of Livingston and Turlock to the north, as well as to Merced in the south.

More than 60,000 vehicles per day use this segment of SR-99 in Merced County. This includes more than 9,000 five-axle, heavy trucks – roughly 15 percent of the total traffic.

Bay Cities Paving & Grading, Inc. (Concord, CA) has been awarded this project.  Work is scheduled to begin on Monday, February 24, 2020 and is expected to be complete in summer 2022.  Work will occur during day and night, Sundays through Fridays.

In addition to the rehabilitation and paving of the roadway, fiber-optics, drainage systems and a new median barrier will be installed.

Traffic shifts (crossovers) from northbound to southbound Route 99 will be required to perform work in the center median.  Two lanes of traffic on northbound and southbound Route 99 are to remain open to motorists during the day, while reduced to one lane of traffic in each direction overnight.  Motorists are reminded that speed limits will be reduced to 55 miles per hour within the work zone.

More information and updates on projects can be found at http://www.dot.ca.gov/d10/projects.html or on Twitter via @CaltransDist10. 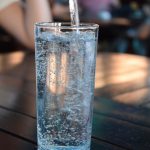 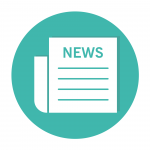