The Atwater City Council is excited to host an event celebrating completion of their landmark, innovative, and award-winning 1,2,3-TCP project on Monday November 15, 2021 from 3pm to 5pm at the Central Treatment Site, 1800 Fruitland Avenue, (located off of Fruitland behind the SaveMart Center). The event is open to the public and all are welcome to join in the celebration.

The City of Atwater’s entire water supply was contaminated with a carcinogen – 1,2,3-Trichloropropane (TCP), a man-made chemical that was for many years contained in pesticide fumigants. To eradicate this contaminant and deliver safe, clean drinking water to the Atwater community, the City moved swiftly and aggressively to clean the City’s water supply.

Mayor Paul Creighton testified during the hearings that “The City could not afford the costs of removing TCP from the City’s water, and that the ratepayers should not have to bear the cost of the clean-up”. The City Council stood strong to ensure that Atwater residents would have a safe, reliable source of drinking water for years to come. In August 2019, after suing Shell Oil Company and DOW Chemical, it received a $63 million dollar jury to fully fund a massive public works project necessary to eradicate the TCP contamination and protect the City’s potable water supply.

Then, in June of 2020, the City of Atwater moved forward with one of the largest and fastest public works projects in its history: the large-scale mitigation of 1,2,3-trichloropropane (TCP) contamination in seven (7) out of eight (8) of the City’s drinking water supply wells, to reverse the urgent public health concerns.

To accomplish that, the City selected the design-build team of W.M. Lyles Co. and Provost & Pritchard Consulting Group (P&P) to prepare full design documents within just six (6) months of commencement. The extremely accelerated schedule for the project, compared to the breadth of its scope, demanded an innovative progressive design-build approach that prioritized resources and self-sufficiency. In addition to five (5) treatment sites, the project also involved the design and construction of more than one dozen pipelines with a combined length of nearly 3 miles, necessitating more than 175 utility crossings, five (5) of which had to be constructed by March 1, 2021, the beginning of irrigation season and before final design had even been completed.

Finally, moving swiftly into the construction phase as design simultaneously wrapped up, the City brought on GHD Inc. to lead the construction management. The combination of City staff, Provost & Pritchard, WM Lyles, and GHD cohered quickly to complete what essentially amounted to six (6) engineering projects (five treatment plants and pipelines) in less time than it would typically take to complete a single treatment plant project—all during a global pandemic doubly exacerbated by supply-chain gridlock.

Accomplishing this complex remediation project within such a short time was not only a necessity, but a representation of the true purpose of a public project: service for those in need. The residents and businesses of Atwater were able to witness their City and local consultants and contractors come together to serve the best interests of the community and give the people clean, safe drinking water in record time.  Government doesn’t have to move slowly and inefficiently. The City of Atwater proved that with this Project.

It is no surprise the City’s innovative project has been recognized by the American Council of Engineering Companies of America, which just announced that the Provost & Pritchard and GHD Team have received a Merit Award for their work on this Project. The achievement will be celebrated at a virtual event on February 3rd. 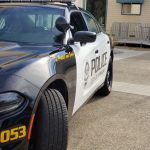 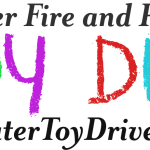